This newspaper cutting is from April 1st 1983.The anniversary of the Women's League was celebrated by joining with the Mothers' Union for prayers and a celebration tea.The PTA held a bazaar and raised £75 for their funds which in 1983 wa... 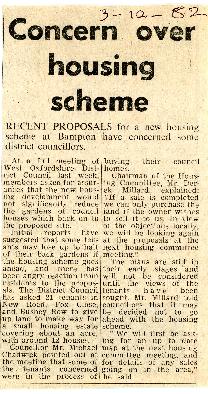 These newspaper cuttings are all from 1982 and the topics covered includeconcern over housing scheme which would mean some tenants losing half their gardensDarby & Joan club, WI Club,Buckland Road to be closed for up to three months while the ... 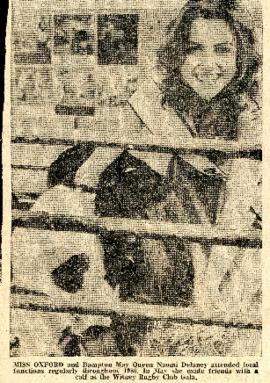 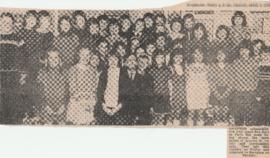 These three cuttings are all about a trip from Bampton school to Paris with 39 children. John Coombes (incorrect spelling under the photo in the cutting) was one of the school staff who went with the children. One of the pictures shows Stephen B...

There was an excellent kitchen at the school in Bowling Green Close but early in the 1980s it was closed and food brought over from Carterton. After a while, instead of uneaten food going into the pigswill bins, it had to be sent back to Carterto...