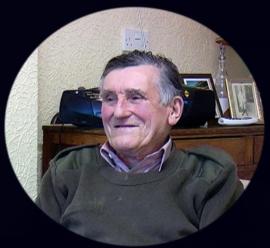 On May 19th 2004 a conversation between Stan Smith and Jo Lewington was recorded and this is a transcript of that conversation. Stan talks of his time fighting and then as a POW and finally on the long march west."The Long March was during t... 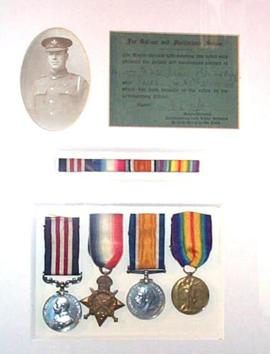 Private William Johnson Ox & Bucks Light Infantry 5th Battalion 10677 A Company. His granddaughter Pamela Smith has put together these items.William was the first young man in Bampton to volunteer and the town awarded him a clock for this. H...

Chris Timms aged 17 in 1943 wearing Royal Navy uniform in the picture. The sound recording was made on April 15th 2004 and Christ talks about his time in the Navy in a mine sweeper.Chris Timms and friend Michael Hirons in Church View in 1933. No...