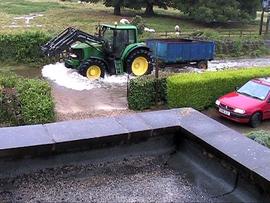 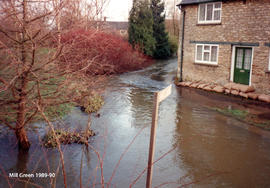 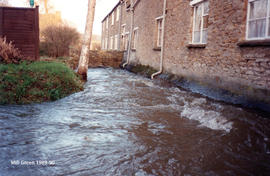 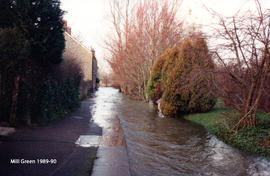 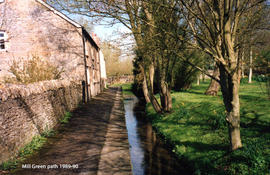 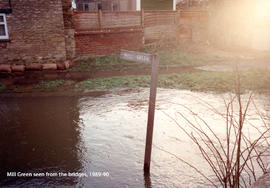 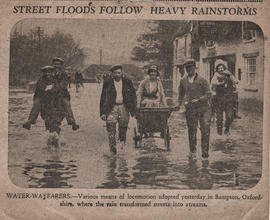 Floods outside the Elephant & Castle May 16th 1932

Flooding hit Bampton again May 16th 1932. The picture shows some people being given a piggy-back through the floods and two people being pulled in a pram.