Notification of medal awarded to Arthur Beckley during WWII. Arthur played a very active part in the life of Bampton also being a member of our retained fire crew for many years.

George Butler and Albert William Edginton were half brothers

George Butler and Albert William Edginton were half brothers. Albert was killed in WWI March 26th 1917. One of George's sisters was Ada Alexandra Butler who married Frank Tanner.To see how they fit into the family tree, find Ada in this fam... 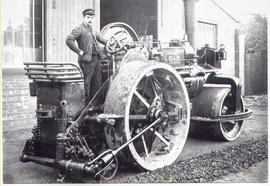 John Wharton explained:-This is an 1898 Fowler steam roller. But there is a story that goes with it. In 1898 the employees of Fowlers of Leeds went on strike because they objected to their wages being reduced. The Oxfordshire Steam Ploughing Co... 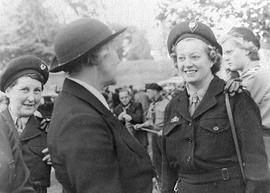 Mrs Bullen on the right, wife of Dr John Bullen, with the District Commissioner for children. Girl Guides. Mrs Uwins on the left facing the camera.