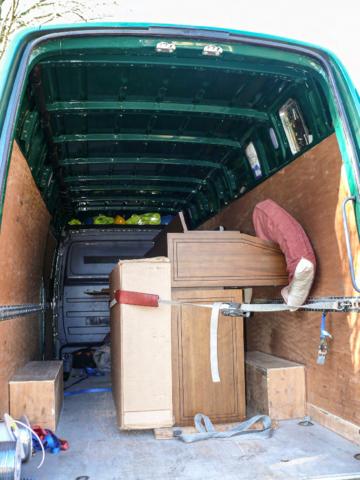 The Community Church Council has embarked on an ambitious programme to completely rebuild and extend the 1812 Gray and Davison organ which has been inside St Mary's Church since the 1850s. The present instrument is a development of the original William Gray of 1812, and it was supplied with a long compass Great, a very short compass Swell from tenor g and possibly no Pedal section. In 1870 the successors to William Gray, Gray & Davison, enlarged the instrument, this work consisting of a new Great windchest, a new Swell windchest from tenor c and two Pedal stops. The appearance of the fine Georgian case with the large ogee sweep was affected by the enlarged swell box, a less than architecturally sympathetic console was also added. The organ remains much as Gray & Davison left it. Although of a very pleasing tone the instrument is not effective enough in the nave and beyond. The work carried out in the 1990s, though extensive, did not solve the basic problem the organ has in terms of volume and range. Situated in the south transept next to the tower crossing, the sound from the organ tends to be trapped within the transept and is almost completely lost at the rear of the nave, even with "full organ", when the church is relatively full. The range of the organ also limits the music which can be played, due to the short range manuals. The proposed works will aim to solve these problems whilst providing an instrument for the 21st Century which apart from routine maintenance, should not need significant further work for many decades. The proposal is to provide new windchests throughout, thus allowing to position the pipes in the most suitable way to avoid the crowding that is present at the moment. The Swell box will be rebuilt lower in the case and adapted to fit the new windchest. The shutters will be controlled by an industry standard remote control device. Powerful fast magnets will operate the pallets thus eliminating leather replacement in the future. The stop action will be controlled by drawstops at the console controlling the logic switching system which in turn will control the powerful slide magnets. New keyboards will be provided and the console will be rebuilt as a detached mobile one. A new comprehensive piston system will be provided, along with a new blower and wind system. Details of the Proposed Tonal Scheme:-
The organ has much pipework from William Gray 1812 and the character of the pipes is of relatively small scale producing a beautiful but gentle tone. The successor to William Gray was the firm of Gray & Davison, who in 1870 enlarged the organ and clearly tried to increase the power of the instrument and many of the pipes were changed from their original positions. The proposed scheme now is to maintain the quality of the sound but increase the volume so that the organ is more effective in the nave and north aisle. The pitch is sharp at A=448Hz at 20ºC and so in general the pitch will be lowered to the modern standard of A=440Hz at 18ºC by simply moving the pipes up one note and inserting a new pipe at a low point in the compass. Such action will reduce the irregularity of the amount of tuning slide being used which currently affects the tone, and many pipes are very short. Overall the tone will remain as it is now due to the small increase scale being compensated by opening the foot of the pipe - and not even an expert would be able to detect a change!