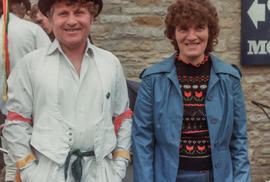 Cyril Smith lived in Church Street; he was a builder and Morris dancer. Seen here with his wife Margaret who was a much respected home-help. 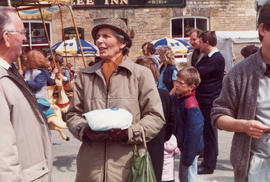 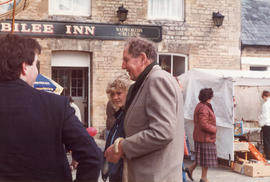 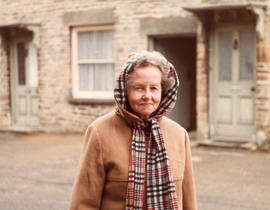 Mrs Anne Franks, an artist and WI official. She died on her 100th birthday. 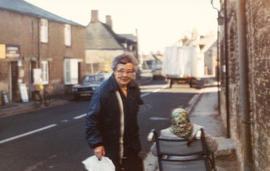 Mrs Edith Foreshew from Wisteria (then a bungalow fashioned from the old school kitchen and dining room before the Horsa building were put up in the playground in 1947) Church View, was a member of the RBL and Mothers’ Union. She helped her sister Emmie in the paper shop sometimes. 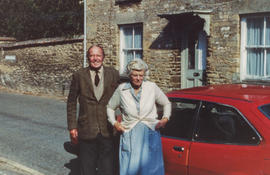 Bishop Donald Casson from Church Street was a retired missionary. Mrs Marian Casson was on the church council, an official in the WI. 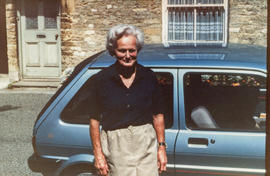 Mrs Molly Smith from Landells was chairman of the local Conservative party. 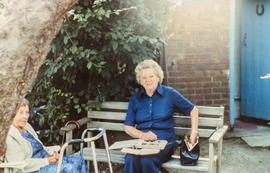 Mrs Marjorie Bullen on the bench, Wendy Crowley on the left. 1985 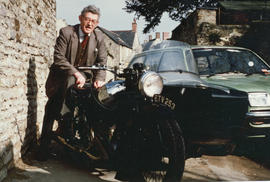 Terry Crowley with one of his many motorbikes, a Brough. 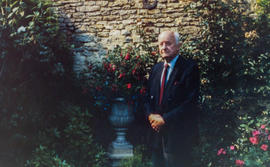 John Gooddy lived in the High Street and was an NHS administrator and a cancer research appeal organiser.