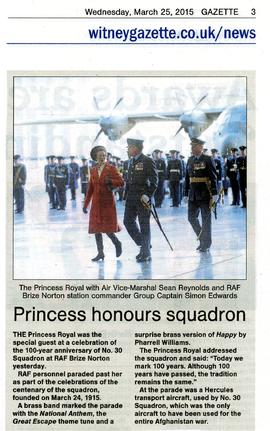 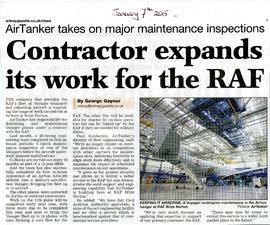 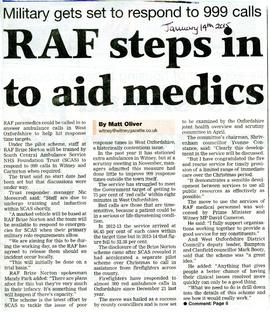 Newspaper Article about the RAF being trained to help paramedics in Witney area. Bampton Councillor Mark Booty thought it was a great idea 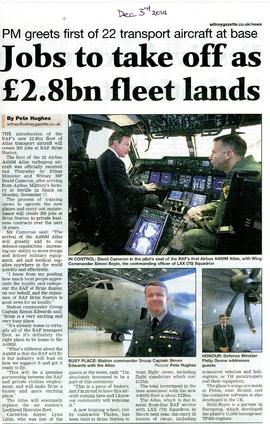 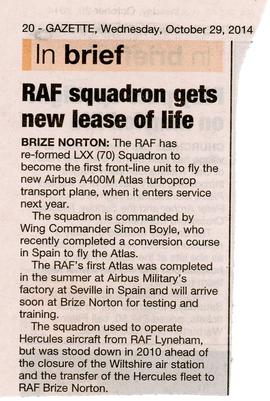 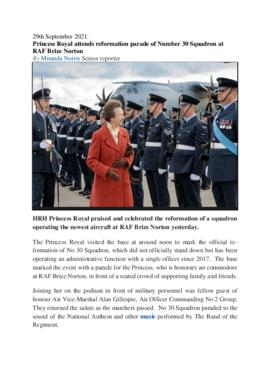 Article about Princess Ann Honorary Air Commodore at RAF Brize Norton. attending reformation of No 30 Squadron The squadron is the newest operator of the A400M Atlas. 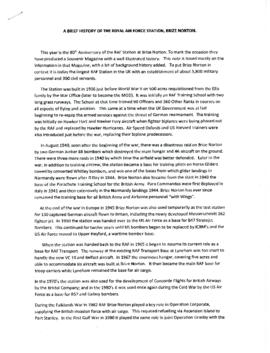 Two-page summary of the 80-year history of RAF Brize Norton, written by Peter Fullerton in April 2018
Mentions that it was built in 1936, bombed in 1940, largest RAF Base in UK, was USAF Base for 12 years from 1960, and roles played transporting equipment and personnel to conflicts during that time..