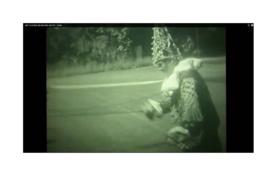 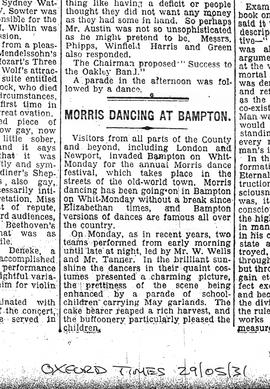 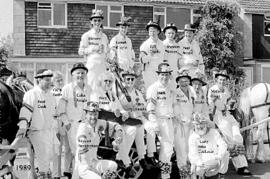 These two photographs were taken in 1989 and ten years later in 1999 - they are the Bampton Morris Men. Taken in Glebelands by Roy Barratt 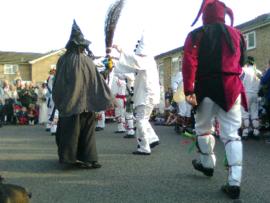 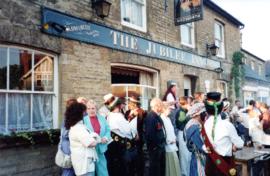