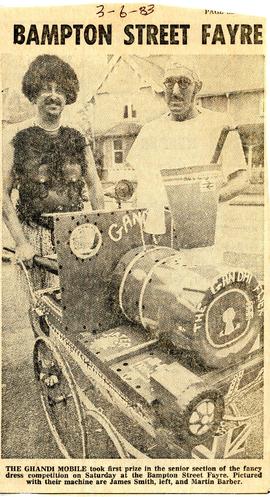 Although the caption talks about a 'Street Fayer' the picture is actually of Jim Smith and Martin Barber in fancy dress for the Shirt Race organised annually by the SPAJERS ie the Society for the Preservation of Ancient Junketing. The society organises fun things to raise money for the senior citizens of Bampton and Lew. 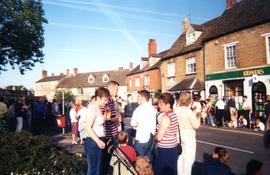 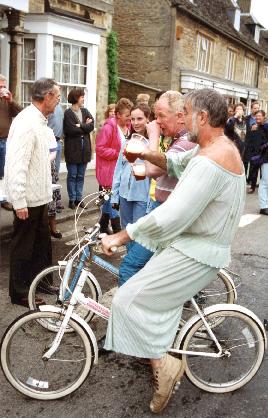 Over the Bank Holiday weekend at Whitsun 1985. Ian Baker and Ivan Lomas won the fancy dress competition held prior to the Shirt Race. Reg Hall enjoyed a pint between playing on the Monday. Terry Rouse danced in as the fool outside the Horse Shoe. 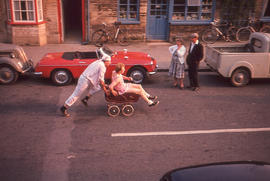 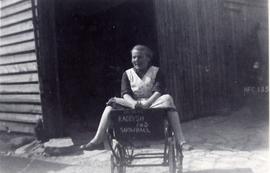