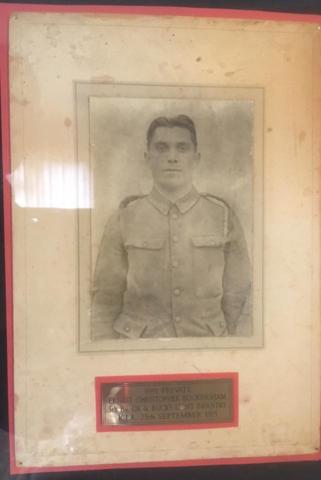 "He is also my great uncle. This is very poignant as my nephew has just taken part in a remembrance assembly at Bampton School today. (2018) Would it be possible to have a copy of these? He will also be laying a wreath on behalf of the school on Sunday at Bampton War memorial, although I'm aware great uncle Ernest is named on the Hailey memorial."

"Recently visited Hailey war memorial where Ernest Buckingham is remembered. What I hadn’t expected to find was two further relatives(?) also on the same memorial. I have no idea yet how Ellis Buckingham and A. Stanley Buckingham fit into the family history."