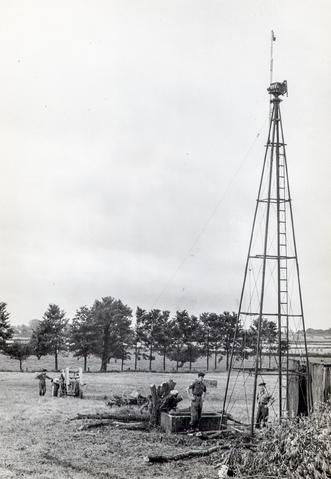 1965. This pylon was the framework that once held a windmill on White Owl farm. The farm belonged to Bert and Ted Wilkins. As they were not intending to mend the windmill, Ray Evans from the Royal Corps of Signals based in Weald asked if his amateur radio club could have it.

"We took it back to camp and erected it outside the Amateur Radio club and erected a rotating aerial on top of it. Something we could not do with the Army masts." quote from Ray Evans